WHAT. A. YEAR. After COVID-19 ravaged and battered our restaurant landscape, struggling restaurateurs were all but forced to trim staff and rethink their business models. Scores of restaurants shuttered. Out-of-work cooks and servers waited (and waited) for unemployment benefits, while lines at local food banks grew longer and longer. “Social distancing” entered the cultural lexicon, and “contactless payment” and “curbside pickup” soon followed. Yet, through it all, the outlook for 2021, dare I say, seems tenable. Oh, sure, impotence on the part of our elected officials has delayed passage of the RESTAURANTS Act (and its $120 billion in direct aid), but we’re nevertheless starting to see signs of culinary life in this city.

Plus, there’s a whole lot to look forward to next year: food halls from Winter Garden to Ivanhoe Village to Oviedo; second locations of Hunger Street Tacos and Black Rooster Taqueria; a new home for Orlando Meats; Kaya, the Filipino concept from the Kadence team; Soseki by Michael Collantes and Denni Cha; and Norman Van Aken’s return to Orlando.

But enough about 2021. There are restaurants to celebrate now in 2020. In all honesty, I never thought a list of this year’s Top Tables was even feasible, let alone justifiably necessary, but these extraordinary times managed to give rise to some extraordinary eateries.

Here, then, are the very best restaurants that opened in 2020.

A 240-day, dry-aged, bone-in ribeye has never been served in this town but, then again, this town has never seen a chef like John Tesar. The Top Chef alum (and inspiration for the “Jimmy Sears” character in Anthony Bourdain’s Kitchen Confidential) may very well be the GOAT of dry-aging, and this steakhouse inside the Ritz-Carlton Grande Lakes is poised to become one of the best bastions of beef in the state, if not the country. Like Knife, Tesar’s legendary Dallas chophouse, Knife & Spoon sources highly marbled cuts from 44 Farms and HeartBrand Beef in Texas, after which Tesar and his fellow Top Chef cohort and K&S chef de cuisine, Gerald Sombright, age the prized ribeyes and strips in a $70,000 meat locker. The broiled beauties are life-changing (and expensive). If you haven’t experienced the true umami of beef, Tesar’s bovine psychedelics will take you on a trip. 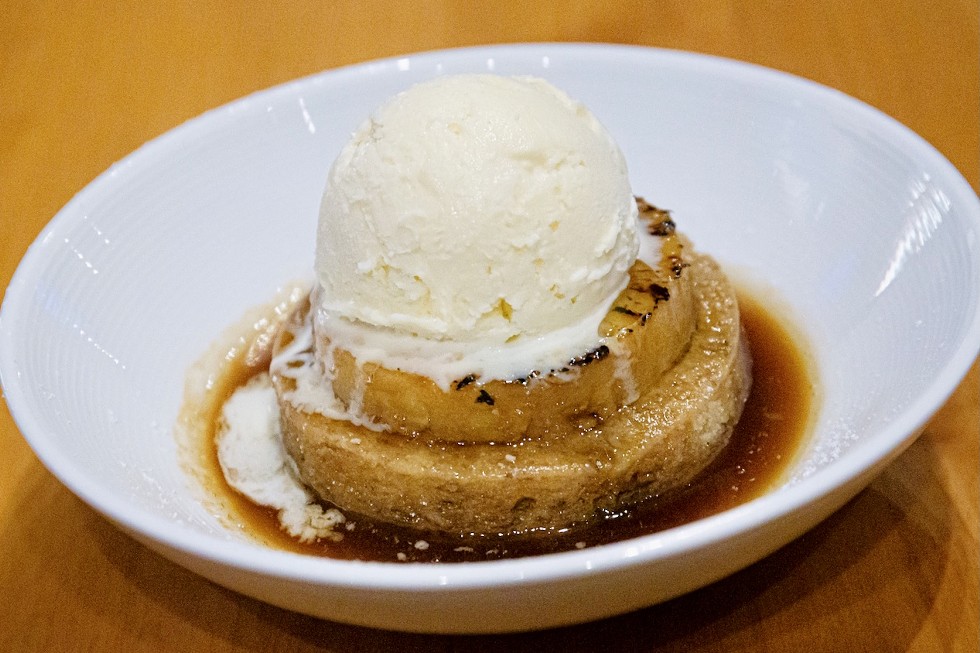 No. 2: Russell’s on Lake Ivanhoe

Ivanhoe Village finally has its destination restaurant, and all credit goes to owners Kevin O’Donnell and Phillipe Villain, who poured a fair amount of money into renovating the picturesque lakeside space. Enclosing the patio has the effect of bringing a bit of the outside in, but what makes Russell’s the best restaurant in 32804 is chef Emmanuel Clement’s kitchen experience and steady hand. His roasted beet and burrata “Napoleon” is a camera-ready starter, while his “royale with cheese” has aspirations for burger supremacy. Local seafood is always featured, and desserts like the pineapple Foster pay homage to Ivanhood’s pinery past.

The pandemic couldn’t have come at a worse time for Tabla Winter Park, hitting just a few weeks after the fetching restaurant opened on Park Avenue. But chef Sajan Prem saved the high-end sup spot from dire circumstances with his brand of elevated, and unique, Indian cuisine — everything from pani puri and besan chillas to the plushest tandoori lamb chops and the headiest palak ghosht with bone-in chunks of goat. You won’t find better lamb seekh kebabs in town and, for that matter, you won’t find better Indian food. No doubt, there’s potential for Tabla to become our very own Gymkhana, Brigadiers or Junoon, and Prem is key in getting us there.

Easily the most buzzed-about restaurant opening of the year, the throwback vegan diner by cookbook author and former Blink-182 road chef Mary Westfall and A Day to Remember guitarist Neil Westfall has transformed East End Market into a gathering ground for herbivores and omnivores alike. They line up for the fluffy oat buttermilk biscuits, often served inside a three-piece chick strip box with fries and slaw, and the incredible burger that’s been likened to In-N-Out’s. When the counter opens in a post-COVID world, the stools will undoubtedly be the hottest seats in town. 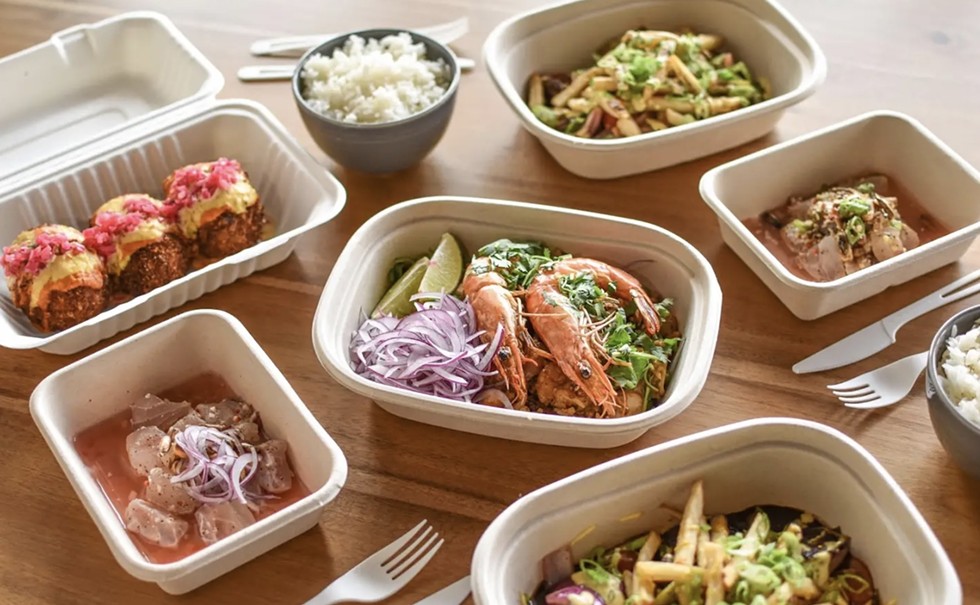 Even before opening their quaint brick-and-mortar eatery on Curry Ford Road, Kevin and Maria Ruiz garnered a reputation for their modern approach to traditional Peruvian fare at their Papa Llama pop-ups. The menu at this strip mall locale is purposefully focused, and the flavors in their lomo saltado and arroz chaufa are clean and unadulterated. The delicate fry of the papa rellenas, stuffed with jammy egg and ground sirloin then topped with ají amarillo and salsa criolla, is the stuff addictions are made of, though the same could be said about their picarones — sweet potato doughnuts served with citrus honey. 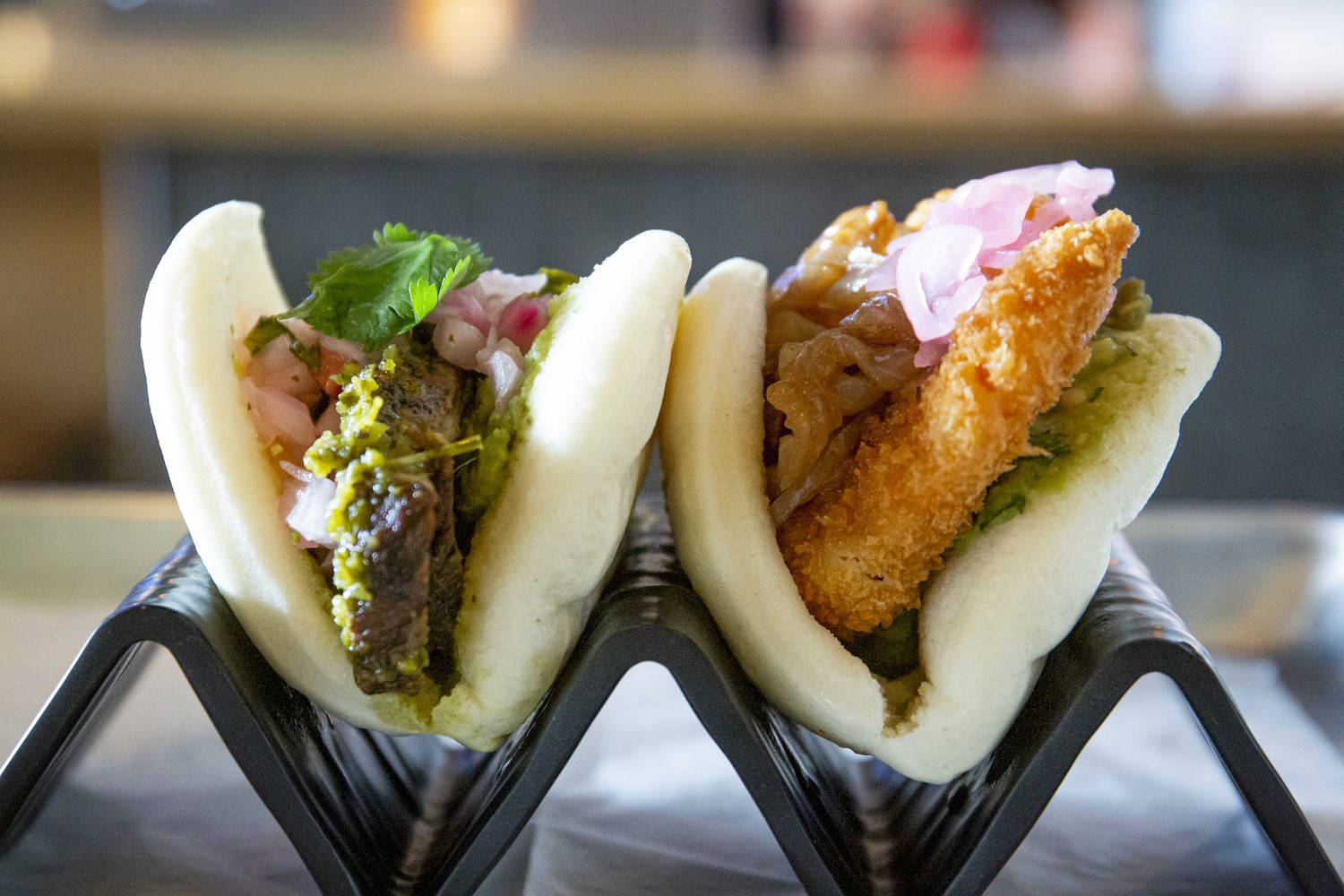 A 24-hour bao house done in the theme of Super Mario’s archnemesis might seem a bit gimmicky, but the alabaster buns stuffed with everything from fried whole soft-shell crab to fiery galbi are as serious as they are elegant. No surprise: The menu was developed by Danny Nguyen, head sushi chef at Kabooki Sushi Sand Lake and a man who’s known to showcase his creativity.

Finest locations to take in in Myrtle Seashore right after 10 p.m.

Best Austin Food and Drinks: The Ultimate Dining Guide to the Texas City