We always have an awesome selection of new food and beverage establishments to check out here in Vancouver, but we like to keep track of what’s coming up, too.

There is always a lot of chowing down for us to do in our city and these new eateries make our to-eat lists longer than ever.

Here are some new Vancouver restaurants to try soon or down the line.

While some international cafes are coming to Canada for the first time, Deville Coffee is looking to expand here at home. And that’s exactly what the Alberta-based concept is doing. Deville has not one but four locations opening in Vancouver. Dished is told three of those destinations are slated to open soon.

The Palm Coffee Trailer has been operating in Abbotsford’s Highstreet Shopping Centre since 2021, serving up hot espresso drinks, creative iced drinks, and waffle treats out of a converted horse trailer. Now, The Palm is expanding to have its very own brick-and-mortar space.

On & Off Kitchen and Bar

On & Off Kitchen and Bar is set to open soon at 2662 Austin Avenue in Coquitlam. The new restaurant has yet to share many details about what we can expect, but based on its Instagram account, it will be serving up brunch and wine. 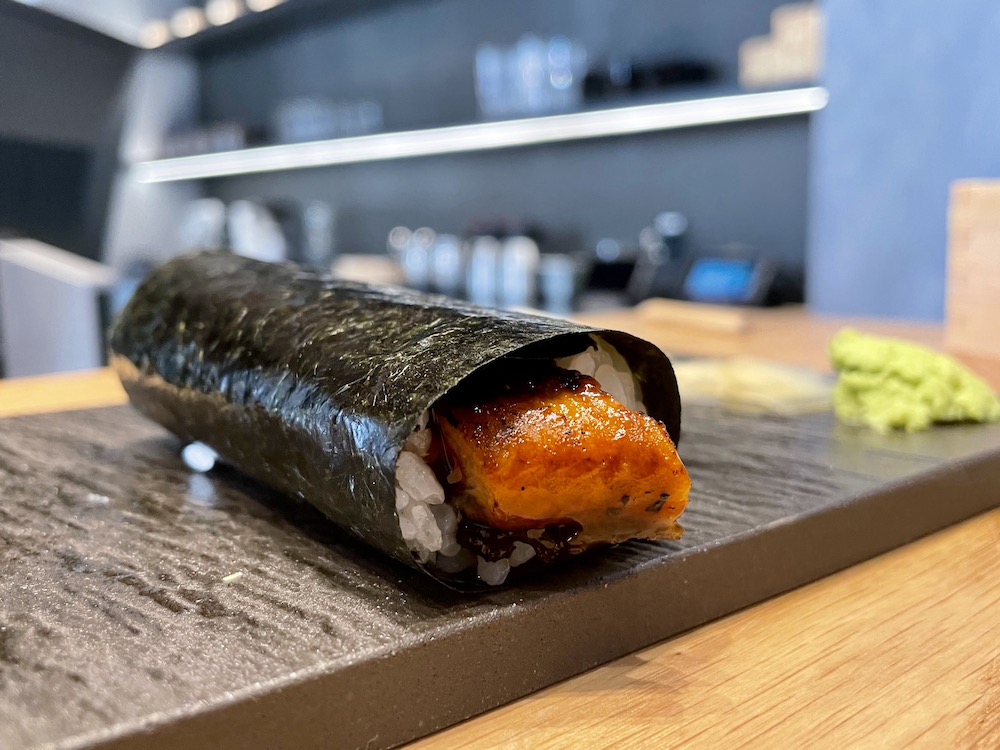 It’s been well over a year since Hello Nori opened its flagship eatery on Robson Street in Vancouver, and now, the brand is updating us on its second location. Hello Nori, which coins itself as the first Japanese hand roll bar in Vancouver, is officially expanding to the North Shore.

A celebrated local chef is bringing his popular noodle joint to downtown Vancouver. Chef Angus An’s Fat Mao will be opening at 983 Helmcken Street in the Wall Centre.

Big Star Sandwich Co., which started with its first location in New Westminster in 2013, has just announced it will be opening a location out at UBC later this year.

To Live For Bakery 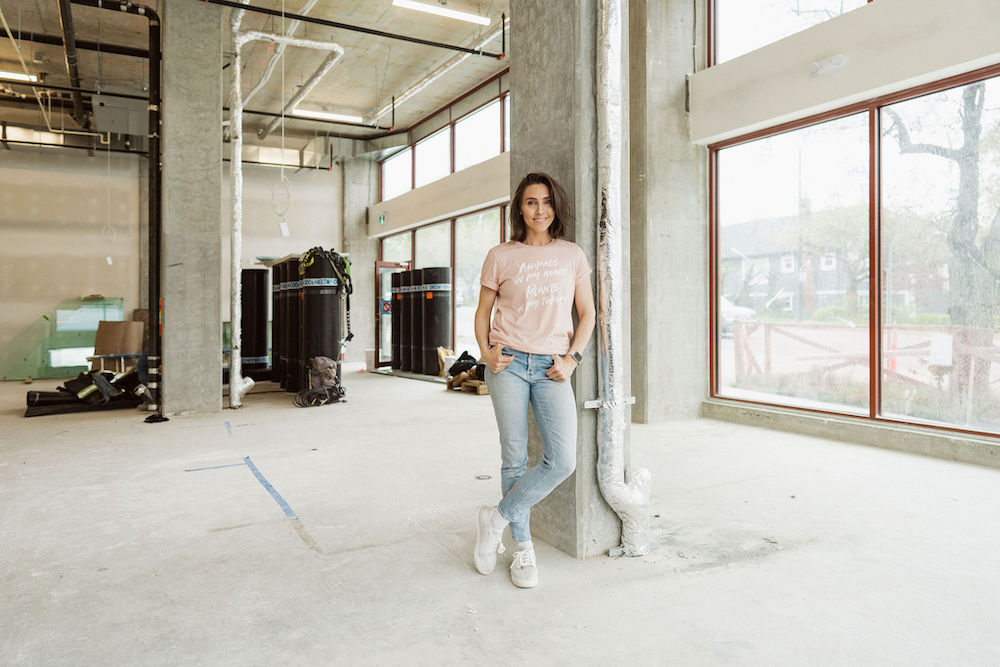 Celebrated Vancouver-based vegan food blogger and business owner Erin Ireland will be opening a brick-and-mortar location for her popular brand in East Vancouver by the end of the summer.

One Vancouver neighbourhood is about to get a unique spot for bites and sips. Mount Pleasant Vintage & Provisions, a neighbourhood bar and grill, will be opening at 67 West 6th Avenue in a Victorian-era heritage home.

The calibre of sushi in North Vancouver is about to be raised significantly. Sushi Mahana, an omakase-style restaurant, is set to open at 111-175 West 3rd Street in North Van, just a few blocks from the Lonsdale Quay.

The Chilliwack-based brewery and tasting room has shared that it’s planning on opening a 220-seat craft brewery and kitchen in downtown Abbotsford. 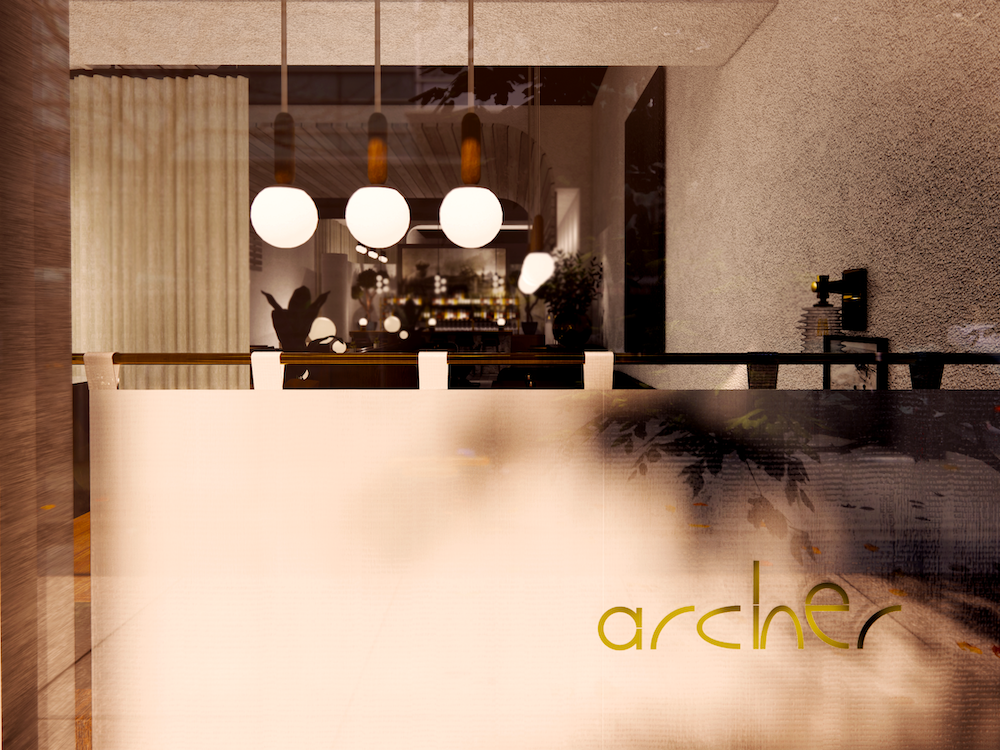 A new immersive culinary destination is gearing up to open in downtown Vancouver. Slated to launch at 1152 Alberni Street, this new concept aims to take guests on a “culinary tour of the Pacific Northwest” with its bountiful brunch, cocktail hour, and dinner service. 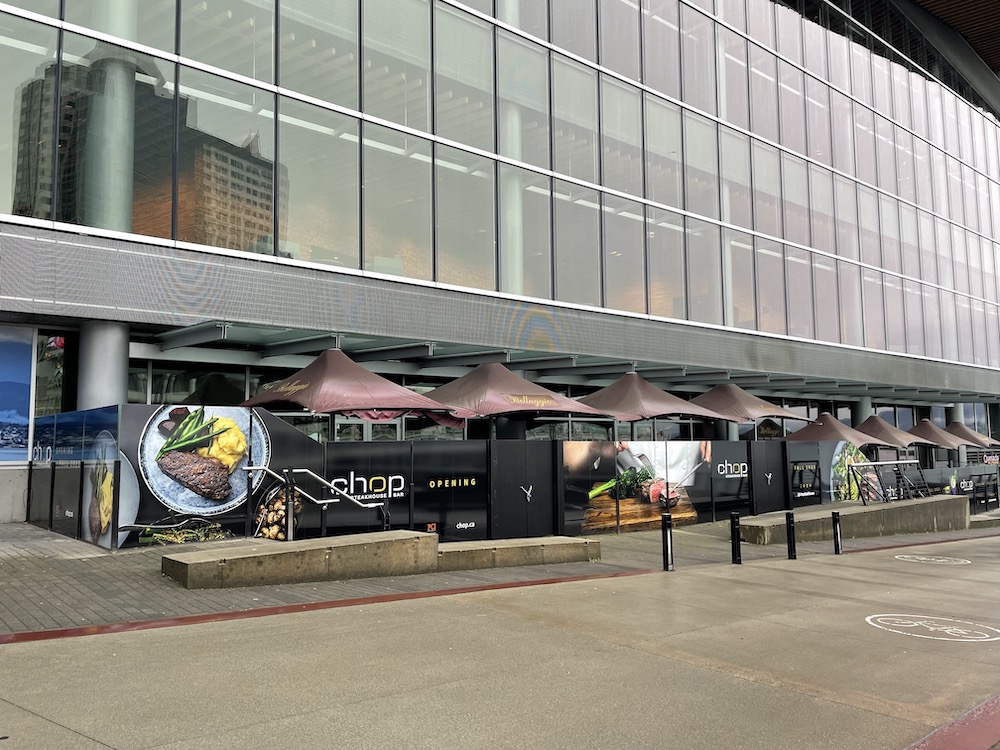 One of Canada’s steakhouse chains looks to have set its sights on Vancouver. Chop Steakhouse & Bar has put up signage at the Convention Centre West Building, signalling an opening is imminent.

The restaurant confirmed to Dished Vancouver that it’s planning to open a new outpost at YVR Airport. Salmon n’ Bannock tells us it is aiming for an early-spring opening.

Address: YVR Airport (International Departures beside a Starbucks, after duty-free)

Steamworks said patrons could look forward to 30 rotating taps, 20 Steamworks features, and 10 guest taps, as well as a full kitchen that will dish out pub favourites, modern eats, and even a special weekend brunch menu. 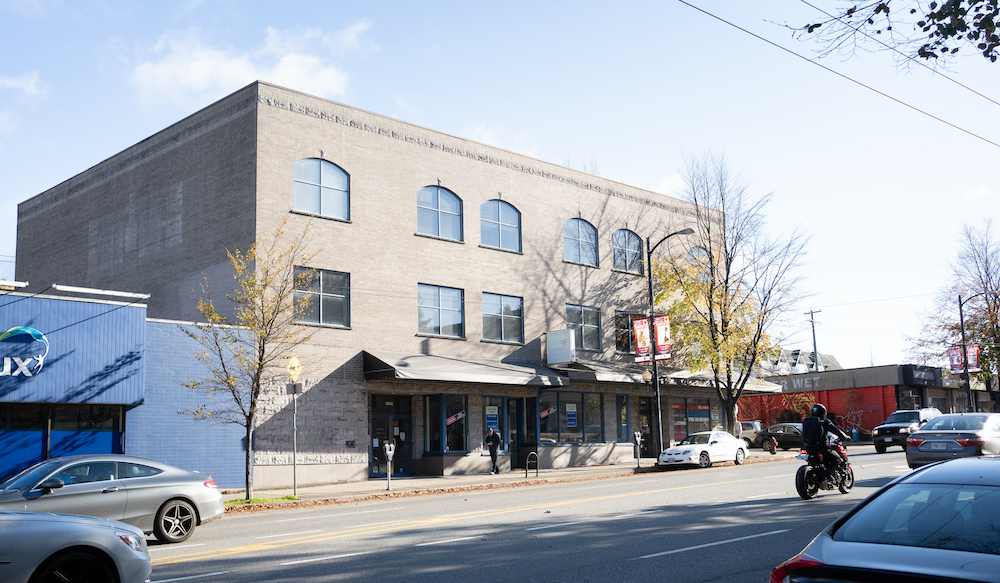 Residents and visitors of Mount Pleasant can look forward to a top-notch new concept coming to the neighbourhood early this year. Novella, a coffee bar, breakfast spot, and neighbourhood grocer, is slated to open in 2022. This all-in-one project comes to us from the team behind Published on Main, and it will be located at 2650 Main Street.

A new spot for “game-changing” comfort eats, Chubbs is slated to open in Metro Vancouver soon. The brand new concept is opening in Surrey at The Shops at Morgan Crossing, Unit F118 – 15775 Croydon Drive. 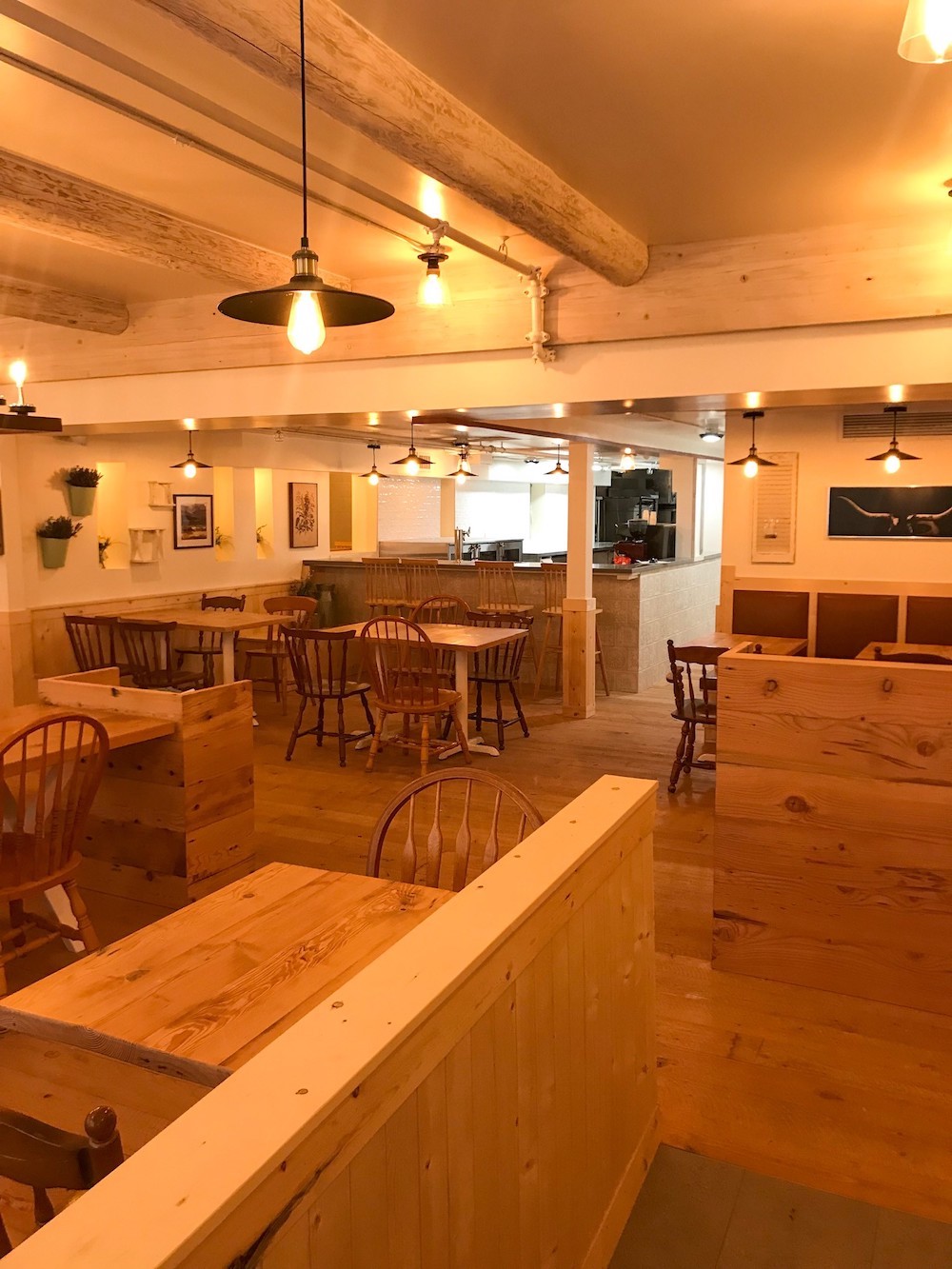 Mount Pleasant is about to get more delicious, as the neighbourhood will be home to Vancouver’s new farm-to-table Italian restaurant, The Farmhouse. The resto will be opening at 352 East 10th Avenue, just a stone’s throw from Kingsgate Mall. The eatery will feature an open kitchen and seats for 60, including four spots at a short serve bar.

Vancouver’s croissant-centric bakery Angus T opened back in 2018, and now the much-loved purveyor is gearing up for a second location.

Victoria-based vegan food phenomenon The Very Good Butchers is officially opening a huge flagship location in Vancouver. On a call with Dished Vancouver, the company’s CEO, Mitchell Scott, shared details about the plans for a new 10,000 sq ft facility slated to open at the Nickel at 285 West 5th Avenue in Mount Pleasant. 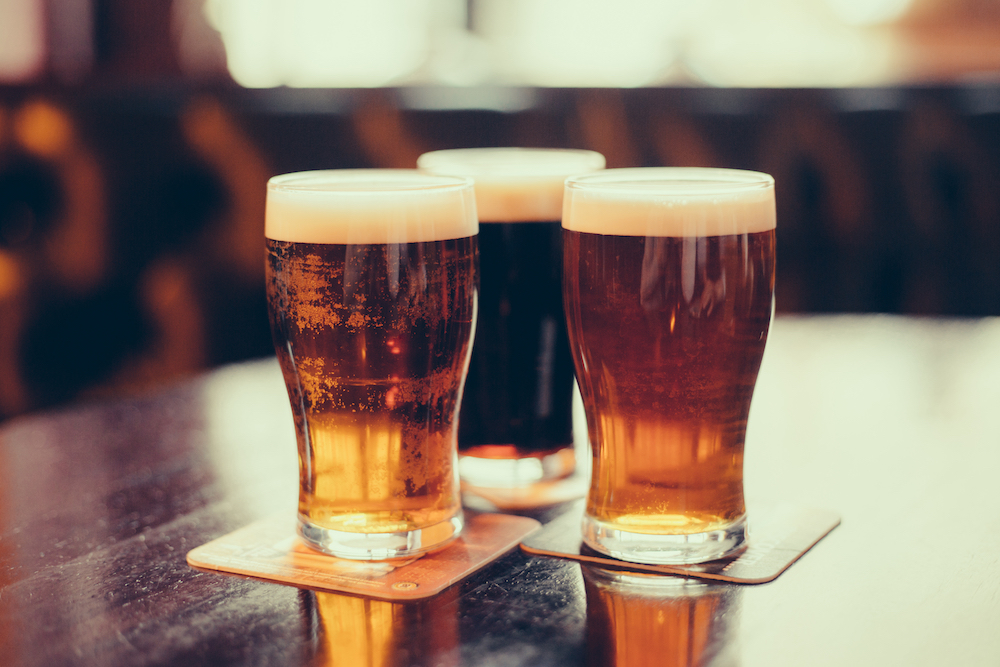 A new bar is set to open up on the corner of Main Street and Broadway in Vancouver’s Mount Pleasant neighbourhood and its main thing is basketball. 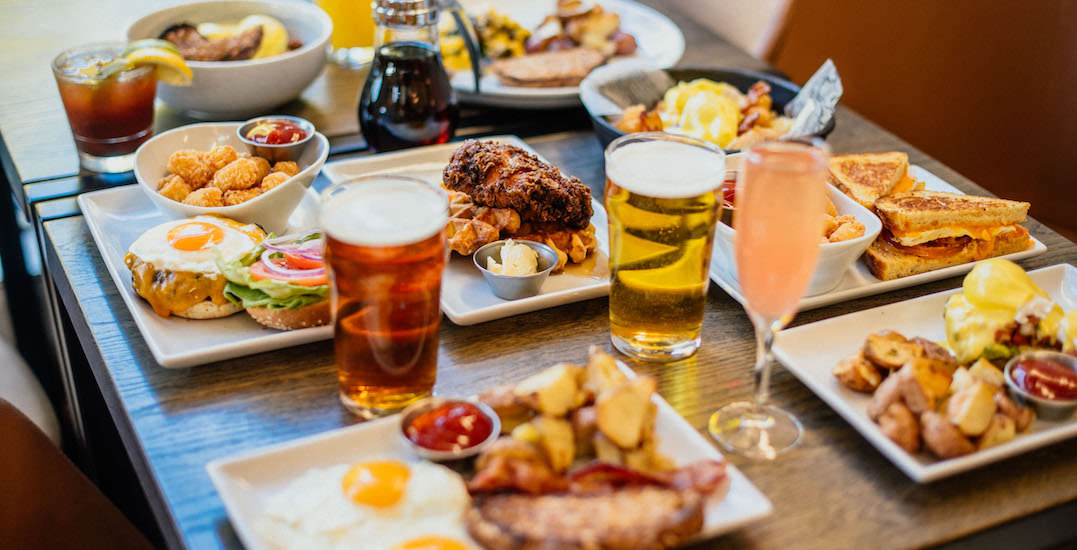 In addition to announcing a complete rebrand and rename, Colony Bars – now called Good Co. Bars – also shared it would be opening a new location later this month.

Faubourg Paris, the popular patisserie and cafe, has announced it will soon be opening a third Vancouver location.

Moving into the former spot of Prohibition is The Herrick, a new cocktail club slash bar  that promises to offer a “distinct experience.” 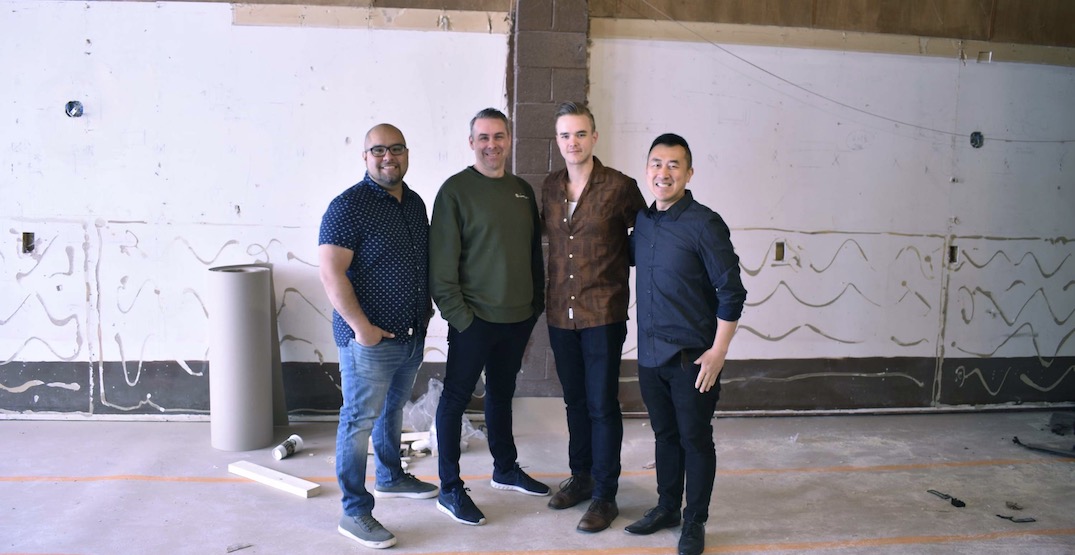 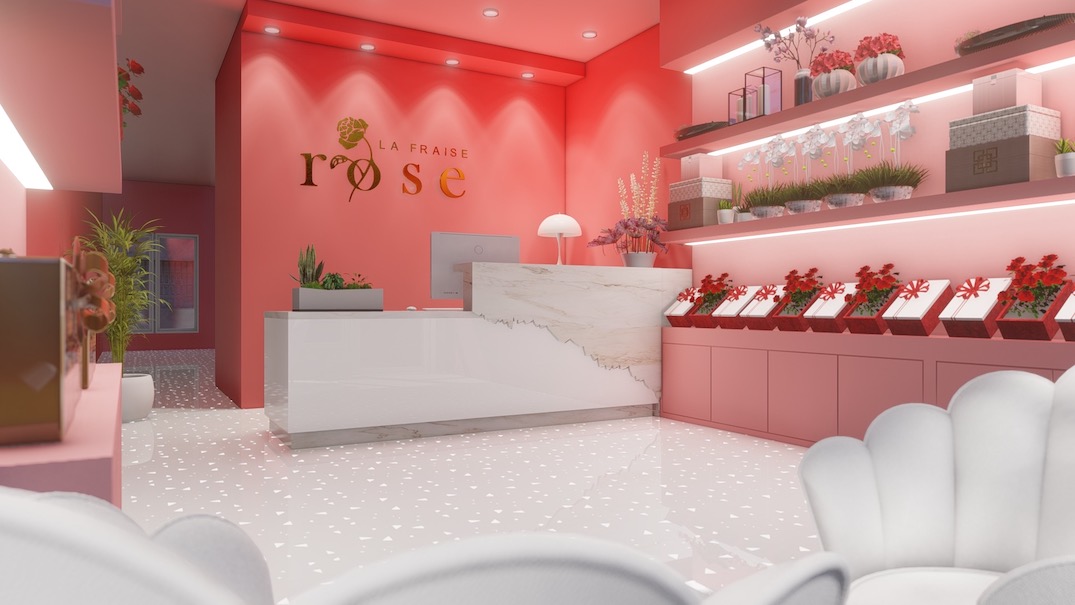 Dolce Amore, also known as The Gelato Mafia, is gearing up to open a second location in North Vancouver. The original shop is located on Vancouver’s Commercial Drive and prides itself on being open until 11 pm – later than most dessert shops in the city.

The second Mello location is expected to launch this summer at 4635 Arbutus Street in Kerrisdale. Mello tells Dished it will be making its signature fresh brioche donuts at this location, plus all the other menu and drink items we know and love from the spot.

Hot on the heels of its second Burnaby restaurant opening, Kokoro Tokyo Mazesoba has revealed yet another Vancouver location is in the works.

Ready your sweet tooth, Surrey – a new spot for hand-crafted treats is coming soon. Sweet Revenge Bakery & Cafe will be opening up soon at 6-19567 64th Avenue in Surrey.

FDL Cafe – also known as FiorDiLatte Cafe – which has its original outpost in the Burnaby Heights neighbourhood, is set to open a second location.

The concept will offer Korean eats and of course, chicken, our favourite dish of all time. The eatery tells us that once it opens, it will be open daily from 11 am to midnight, making it a must-try late-night spot for bites.

Metro Vancouver has no shortage of new chicken places. Like seriously, no shortage, as another one is popping up soon: The Peri Peri Shack. This concept opened its first location in Vancouver on Kingsway in Winter 2020, and now the eatery is gearing up to launch its second location in Burnaby.

Pelicana Chicken opened its first BC location in Burnaby last fall, and the brand has plans for more outposts. The chain’s premium Korean fried chicken got foodies excited, so this announcement will surely be a buzz-worthy follow-up.

The acclaimed Tokyo-based ramen joint is slated to open at 2801 Main Street in Mount Pleasant, Dished Vancouver is told.

Catch 122’s branding on the new space says its new outpost is going to offer brunch, pastries, coffee, and dinner service… so basically all our favourite things.

One of Vancouver’s favourite dessert spots will officially be opening a new location. Thierry, a much-loved chocolaterie, pâtisserie, and cafe, has confirmed a third West Vancouver outpost is in the works.

It looks like folks living around The Amazing Brentwood (TAB) are going to get yet another addition to the new shopping centre’s food offerings: Earls Kitchen + Bar is officially opening at the mall.

Popular Victoria-based burger joint Bin 4 Burger Lounge has announced when burger lovers in Burnaby will have access to their tasty eats.

SWITCH is advertised as “Vancouver’s largest premier party venue,” and it’s set to open in late 2022. Located at 1339 Robson Street (formerly Hon’s Wun-Tun House), SWITCH describes itself as a kitchen, bar, and lounge as well as a new karaoke destination. 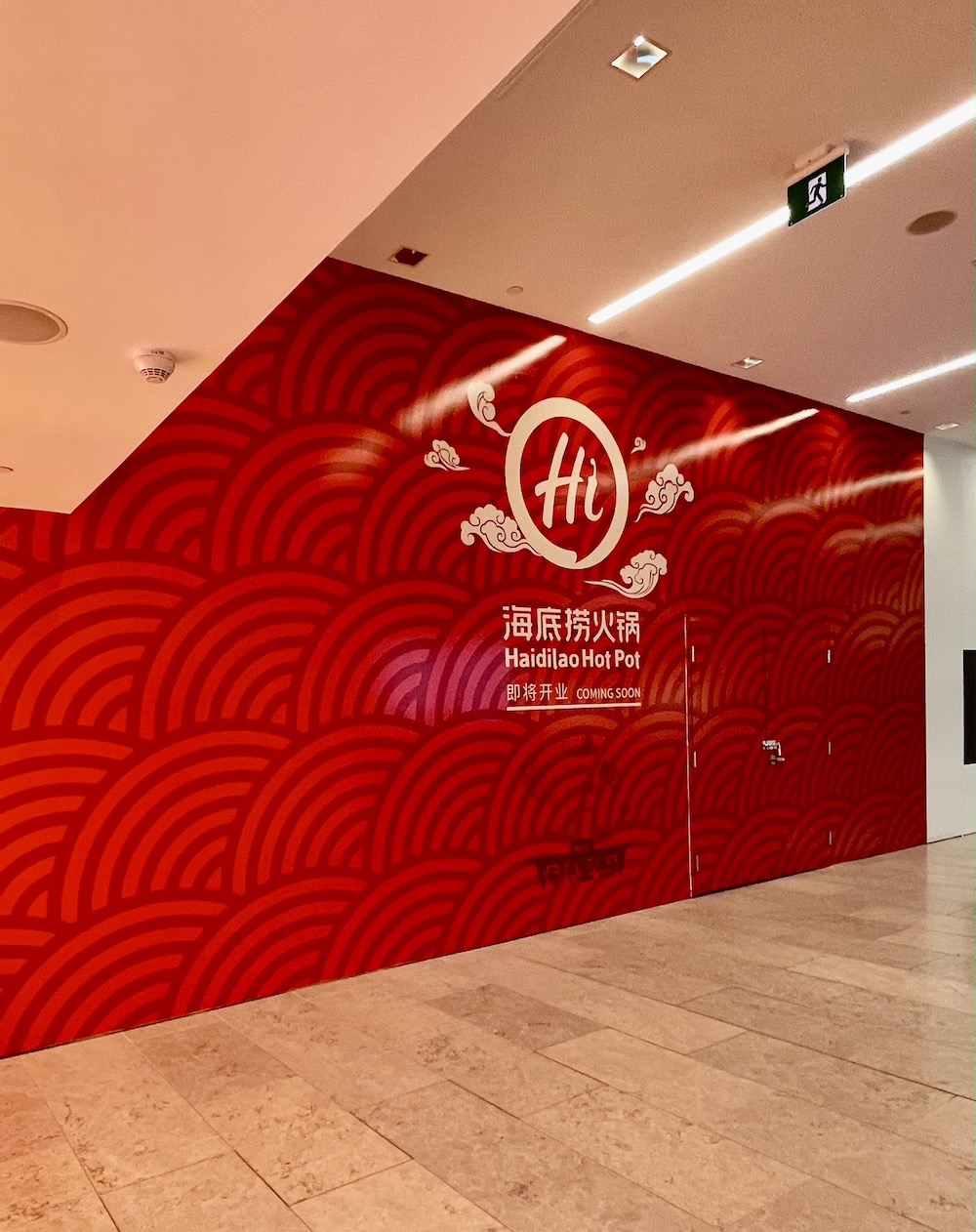 Haidilao Hot Pot is officially opening a new location in Metro Vancouver — this time in Burnaby. The global hot pot chain will be opening in Burnaby’s The Amazing Brentwood on the mall’s second level.

Pablo Cheese Tart Vancouver is slated to open at 511 W Broadway in the summer of 2022. The Osaka-based brand is known for its “revolutionary cheese tarts” and cheesecakes in various flavours and sizes.

Bamboo World Kitchen just opened its flagship location in Vancouver. The new 2690 Granville Street eatery opened in the former location of a Starbucks in South Granville. Its second location is coming soon. 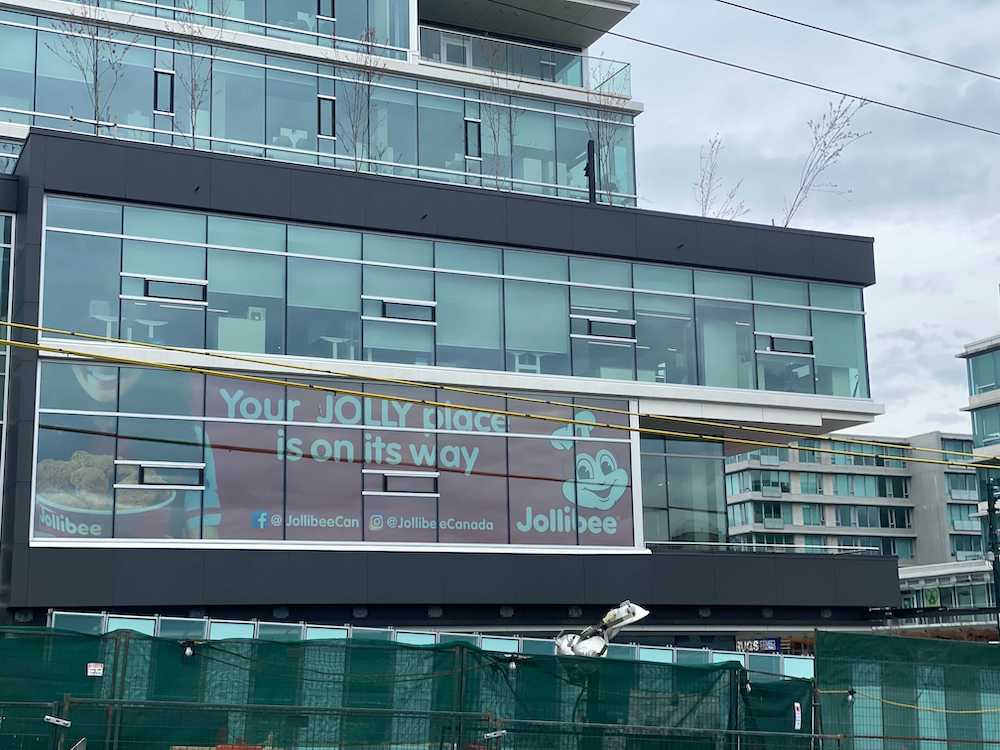 Jollibee has now announced four locations slated to open in Vancouver and Metro Vancouver. All of the opening dates are yet to be announced at this point.

With files from Daryn Wright

Wed Jul 27 , 2022
[ad_1] We could get commission from buys produced by using backlinks on this web page. Pricing and availability are subject to improve. This articles is developed by a 3rd occasion spouse for Yahoo. If you might be an Apple Look at owner who was also a 90s kid, we have […]